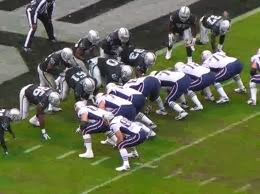 As part of the International Series in 2014, NFL has announced 3 dates for its regular season matches. All of them will be played at the Wembley Stadium.

It’ll be California versus Florida on September 28 as the first match. Said match will be in week 4 of the season.

The second match is on October 26 and will be played between the Falcons and the Lions. Then, it’ll be followed by Cowboys and Jaguars on November 9 in week 10 of the season.
As previously mentioned, each of these games will be played at the Wembley Stadium in London.

Don’t worry. All NFL fans can purchase season tickets on December 10 at 10 am.

Since the International Series started in 2007, it has been a huge success. According to NFL, the average crowds in 2007 were 82,500. But the audience continues to grow. Since its inception, the popularity of NFL has grown having a fan base of over 12 million people. Experts are seeing a 30% increase, which has now reached 2.5 million people.

In the UK alone, the viewing figures have doubled for all Sunday games. Super Bowl, on the other hand, has a growth of about 75%.