Pole vaulting, sprints, shot put, weight lifting, swimming, cycling, target shooting, tennis, marathon and gymnastics were the only games in the first modern Olympics.
Additional games were added in the succeeding Olympic Games:
>boxing -- added as an Olympic sport in 1904
> diving—in 1908 in London, England
> track and field events and gymnastics for women –in 1928. (At first, other people feared that allowing women to compete in these events would make them: masculine/ruin their health and be unable to have children)
>baseball -- in 1992
Moreover, torch relay began in 1936 Summer Olympics. 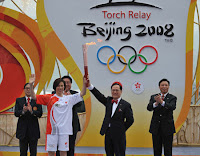