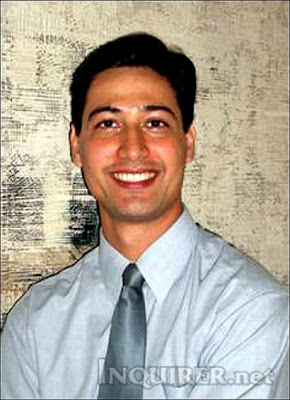 But who was he years ago? He was a model, part-time actor (?), a party figure, and an advertising executive for Smart Communication. His gorgeousness makes every girl go gaga over him.

Fortunately, Illac Diaz was nurtured by his parents to see the world differently. Instead of just partying around and making thousands or even millions of money by modeling, he studied and earned a bachelor's degree in Management Economics at Ateneo.

He furthered his studies at Asian Institute of Management (AIM) with "Shanties to Jobs: Creating a Migrant Center in Manila" as his graduate thesis.

I wonder when Borgy Manotoc's going to be featured in one of the respected publications for making a difference, not just in modeling.