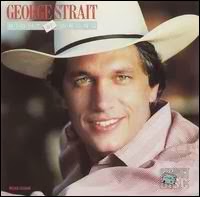 After 20 years, George Strait has finally won the Entertainer of the Year during the CMA Awards. It wasn’t his first, however. He won this same award about two decades ago. But his win this year might be his final win. He’s been in the business for 30 long years and he might finally put this year as his final tour.

The Country Music Association gave George Strait the 2013 Entertainer of the Year award and George was truly humbled.

It was Robin Roberts who announced his name. It was a teary moment for everyone when the other nominees were seen rising and standing from their seats in excitement as George Strait stayed in his spot.

Keith Urban was also present during the award’s night and he leapt up while pumping the air with his fists. Eric Church was also seen heartily clapping. Every one present in that scene was showing his/her appreciation for the contribution of George to the country music.
When George Strait was finally on stage delivering his speech, he thanked everyone, especially his wife, the other nominees, his son, and his little grandson.

He defeated younger nominees, like Luke Bryan, Jason Aldean, Taylor Swift and Blake Shelton. This award will surely be even more meaningful to him as he’s now moving to a retirement stage.

Although it was George who took home the Entertainer of the Year, it was Blake Shelton (again) who got the Album of the Year and Male Vocalist of the Year awards. But George’s win was the top prize. It wasn’t his first. In fact, he has already won 17 CMA awards throughout his career.

He was first recognized in 1981. This year, he released his 27th album called Love is Everything.

Although Taylor Swift didn’t win the Entertainer of the Year award, she did take the Pinnacle Award, which is given to artist who helped spread country music to a greater audience. She also received a video tribute from fellow singers, like Mick Jagger and Justin Timberlake.

The 2013 CMA Awards was hosted by Brad Paisley and Carrie Underwood. Although the Entertainer of the Year trophy is the highest award given to country singers, other nominees felt like it was okay to lose, especially when the winner is George Strait.
entertainment