November 28, 2013
Here are the things you shouldn’t miss today:
1. Mega Millions Bit-Jackpot Game Is Back

Yup, yup, yup… all those who want to become an instant millionaire can join in the mega millions big-jackpot game. For Friday’s drawing, the draw can reach up to $240 million. The amount is the biggest in 20 months. The cash will be given can be up to $125 million.

Tuesday’s drawing will be different but it’ll still produce $5 million for the winner. Although no one matched every number that has been drawn last Tuesday night, there were five tickets that won the first five numbers.

There was one ticket that won $5 million and it came from Texas. The state of New York had two winners and each will receive $1 million. Florida had one winner, as well as Illinois. Last Friday night, a ticket from North Carolina won $3 million. 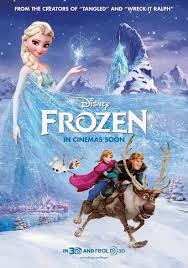 Frozen is an adaptation of Snow Queen by Hans Christian Andersen. Unfortunately, the classic animated musicals didn’t come up well.  It could be caused by the unexpected plot twists and lackluster humor.

On the brighter note, Frozen has modernized the Disney princess. Thus, you’d expect to find all the stereotypes in this musical. It didn’t only focus on the only person who can save the princess, i.e. the prince. It also tackles the type of love powered by a bond between sisters.

Although the story didn’t capture the hearts of every viewer, the animation was perfect and beautifully made. You’d find gorgeous ice palace and the castle of the queen. They’d all remind you of the early days of Disney. The crystalline snowflake had a 3D pop and all of its characters were beautifully drawn. It was the weak screenplay that made it lifeless and wooden, as described by some of its viewers.

3. Would You Name Your Kid Happy Thanksgiving? 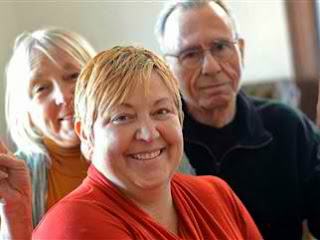 I’d like to meet you Dr. Happy Thanksgiving Reynolds. Yup, that’s her name. She was born during said holiday. Her parents are described as hippies so they gave their daughter a very unorthodox name.

Her unique name wasn’t a hindrance in her practice. In fact, according to her, it has helped her work in family medicine dealing with plenty of kids. For her, the name makes people at ease with her and her patients become super comfortable when she’s around.

4. Want to know how to brine your turkey? 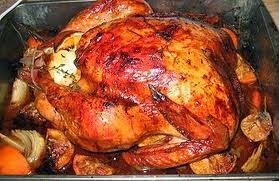 For most of the Americans who are celebrating Thanksgiving Day, brining their turkey can be a bit daunting and challenging. Having crisp skin that’s honey browned with tender and juicy meat. That’s what everybody wants to serve.

There are several techniques and methods being suggested by experts. You can go with roasted turkey or grilled one. But the most recommended method by some experts is roasting and brining. These methods allow the juices to say intact and let it flow when you’ll slice it. It works all the time.

Recipes for brining turkey utilize different seasonings and liquids, instead of focusing on basic salt water solution or just plain salt. For wet brines, you’ll need fruit juices, wine, beer and ciders. You can season it using white or brown sugars along with herbs, spices and some aromas. If you opt for dry brines, however, you may include other seasonings and herbs but don’t forget to add salt. Use orange juice to make it tastier, juicier and more mouthwatering.
entertainment