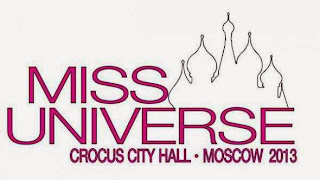 It wasn’t really a sad night for Miss Philippines, Ariella Arida, even though she wasn’t crowned as the Miss Universe 2013. It was Miss Venezuela, Gabriela Isler, who took home the grand prize.

Grabriela is a television presenter who defeated Ariella, a chemistry-graduate from UP Los Banos. There were 84 other contestants who were vying for the title and the show was watched by millions of viewers around the world. Unfortunately, not all Filipinos in the Philippines weren’t able to see it live because it was shown early in the morning and most of us are still reeling from the strong typhoon the hit our nation.

If the result were only based on the final Q&A, Miss Philippines could have won the title.

Question: What can be done about the lack of jobs for young people starting their career around the world?
Miss Philippines’ Answer: I do believe we should invest in education and that is my primary advocacy. Education is a primary source and a ticket for better future.

Compared with Miss Venezuela’s answer to her final question:

Question: What’s your biggest fear and how to you plan to overcome it?
Miss Venezuela: We should overcome all our fears and this in turn would make us stronger. As soon as we overcome our fears, we can face any challenge.

The final show was hosted by Thomas Roberts and Melanie Brown (ex-member of Spice Girls). The two hosts said that the show was dedicated to the people who were ravaged by the typhoon Hyaian (Yolanda) in the Philippines.

Last year’s Miss Universe’s winner, Olivia Culpo, was present during the coronation night (as required). She wore a white cutaway swimsuit that has diamonds, rubies and emeralds. According to organizers, those stones are worth a million dollars. That’s why Thomas Roberts commented that such “swimsuit travels with an armed security guard, 24/7.”

This year’s winner, Isler, will be wearing the same swimsuit on Sunday.

Here’s the list of winners for the Miss Universe 2013: