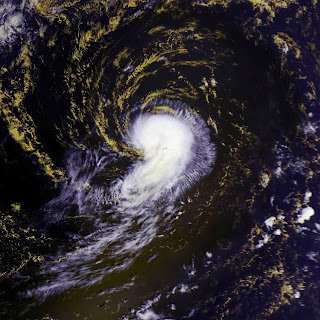 Currently, the Philippines is fighting against the damaging effects of the strongest storm ever recorded – Haiyan or Yolanda. It’s now hitting central islands of the country. Thousands of people have been forced to safer ground. Some power and phone lines have been cut. Air and sea transportation units are grounded. 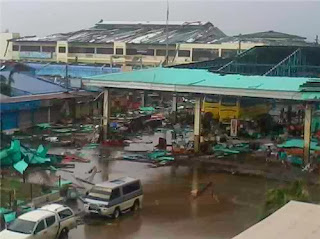 CATEGORY FIVE
Haiyan or Yolanda is considered as a category 5 typhoon having winds of up to 275 kilometers per hour. With this speed, it can whip up giant waves to as high as 5 meters. This means that it may lash some islands of Leyte and Samar.

Some people there feared that the sea would rise because of the powerful winds caused by Haiyan. Those trees that are in coastal areas have fallen. More than a million people in 20 provinces are seeking shelter in several areas as they were asked to evacuate danger areas, like mountain slopes, coastal areas and river banks.

ON THE BRIGHT SIDE
According to Jeff Masters, a former meteorologist, Haiyan or Yolanda may be the most extreme typhoon in the history but it is a fast-moving storm. This means that it won’t be that bad. Furthermore, the Philippines is already used to flooding from heavy rain.

Haiyan isn’t only the strongest storm this year but it’s among the top 12 largest storm to ever hit the planet.

It has already ripped almost all roofs in north of Cebu. Plus, it dragged parked cars and motorcycles. Those cars with handbrakes but hasn’t been set were pushed by winds caused by this super storm. There’s zero visibility at Mandaue Bridge making it a lot more difficult to drive. Some residents are seeking shelter anywhere, even a small chapel is used as an evacuation site.

A few weeks ago, central Philippines was hit by a strong earthquake that caused severe damage to several areas. Those houses that haven’t been affected by the earthquake are now severely smashed.

After the Philippines, the storm will later hit Vietnam and Laos. Every year, the Philippines experiences an average of 20 typhoons. Last year, Bopha or Pablo flattened some towns in southern island of Mindanao, which rarely happened. The estimated damage was $1.04 billion. With this super typhoon, we’ll be expecting an estimated damage of more than a billion pesos.

Fortunately, our nation is resilient.
Philippines