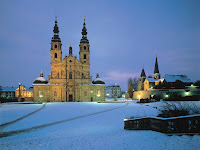 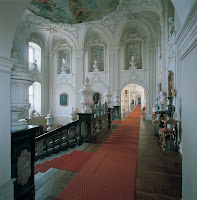 What's number 1 on my bucket list?—Travel around the world.
What's number 1 on my travel list?—Fulda, Germany… a place that is close to my…name.
My curiosity for this place began after I stumbled onto a German brand of tire: Fulda Tyres.
Fulda is a small city in Hesse, Germany, which was founded in 744. It was first ruled by prince-abbot in 1752 until the bishopric was dissolved in 1802.
The city had gone through a baroque building campaign which resulted to the town's current apellation "Baroque City." Baroque means complex or bizarre.

Well, these are just some of the tourist attractions waiting for me in Fulda, Germany. 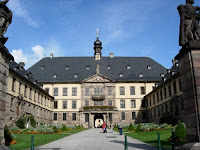 The City Palace –The Residence- built between 1706 and 1721. It contains the Historical Rooms, former private rooms of the prince-abbots. The rooms' 18th century furnishings will give every tourist "a good impression of the extravagant princely life in the baroque period."

The Orangerie was used for court festivities in the 18th century- I'm planning to have my morning coffee at the Orangerie terrace while having a magnificent sight of the Residence, the garden and the cathedral. 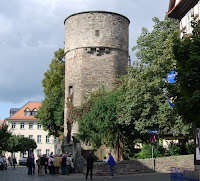 The Witches' Tower was utilized as a women's prison in the Middle Ages.

I have no idea how to read this, Stadtpfarrkirche, but this is the latest baroque building of Fulda. Well, maybe, it's easier this way, "the town's main parish church." It's longer but...

After a sightseeing tour of the city's historical buildings, next stop would be to delve into the town's culture, history, and painting/sculpture through Fulda's museums and to have a closer look at this...

Fulda's version of our tricycle(?), Fuldamobile, a three-wheeler car built in the city during the 1950s and the 1960s.

Besides visiting the historical buildings, the museums, and "the first horticultural route," there are still plenty of things I can do in this lovely city, like:
>Canoeing along the Fulda river
>Biking
>and of course "Wack, Woarscht, on Wie" Wine Tasting in Fulda's vineyard.
So, Ich werde Sie dort sehen.