Legend Of The Seeker Review: Denna Is Still Alive

When will you ever die, Denna? 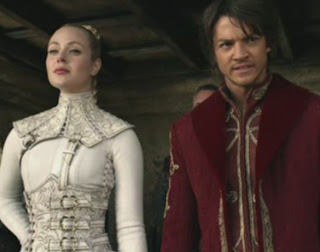 In the Sword of Truth, you expired. You were killed by Richard Cypher or Richard Rahl. But in the Legend of the Seeker, you are still alive, even though the Mother Confessor slew you twice.

In the book, you and Richard were friends. You even helped him realized that he needed to go back and leave Temple of the Winds. However, in this TV series called Legend of the Seeker, you used your Agiel to wipe him out and made use of his body to rule the D’Haran army. Unfortunately, you were so unlucky.

Sigh, I just wish the writers/producers of the Legend of the Seeker simply followed the story written in the Sword of Truth by Terry Goodkind, it might be more riveting. 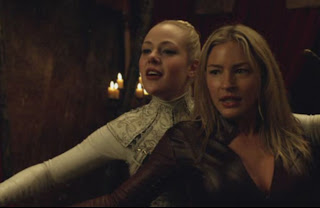 Photos from Legend of the Seeker Season 2 Episode 7-- Resurrection

Legend of the Seeker is available on Sci-Fi channel and Studio 23 in the Philippines (or download it through torrent).