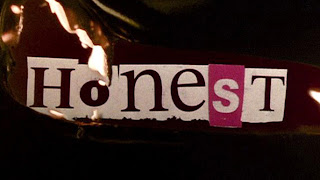 That is according to the global survey conducted by RD. Respondents from 16 countries were asked about how they would conduct themselves if they happen to see a wallet having $1000 in it. According to the survey, 86% of the Filipino respondents chose to return the wallet and the money.
Even though Philippines has high rates of public corruption and definitely has low per capita incomes compared with Australia, US, Canada and UK, Filipino respondents preferred to be honest than not having a clear conscience.
But what if RD would ask the same respondents on what they would do if they found a bag with $1,000,000 in it, would they still choose to be honest and return the bag and the money? Just wondering.
Image source: http://top-10-list.org/wp-content/uploads/2009/07/Be-honest.jpg
Other topics of interest:
Mini Cooper
How to Check Used Car before Buying
GSIS should not be Called Insurance
Our New Baby
Wanted: Shih Tzu Breeders in Davao City
personal