Last And Final Season Of Prison Break: No More Breaking Out Of Prison 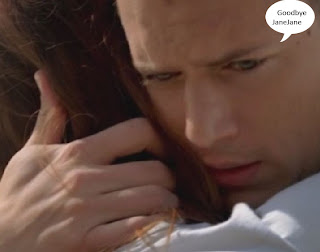 Davao City, Philippines-- I saw him going inside, running outside, and outsmarting everyone, including his mother, whom he thought she died of a certain illness. I expected a happy ending but I never thought it would end up that way of the last and final season of Prison Break.

I enjoyed every episode of Prison Break. It's not about Michael Scofield but it's all about Wentworth Miller. Although some scenes were unbelievable, that he can always outwit everyone, but Prison Break per se never failed to impress me.

Scylla
Generally, the last and final season of Prison Break focused on the thing called Scylla. What is Scylla? In Greek mythology, she's the princess of Migara, according to Wikipedia. But Scylla in Prison Break is an electronic device which contains pertinent information about The Company's way of retrieving the Sun Energy for whatever purpose it might bring. It would make The Company (the company who brought Lincoln Burrows to prison or generally, the same company who made Prison Break interesting and intriguing) as the most powerful group who can control the entire world.

The last and final few episodes of Prison Break were absorbing and thought-provoking that it made me want to stop doing certain responsibilities, so I could continue watching Prison Break up to the last episode.

Some Twists
The appearance of Michael's mom, Christina Scofield, added more spice to the already delicious and well-cooked TV show (except for some faulty editing). Plus, the other characters made a comeback, not to add another burden to Michael but to redeem their shortcomings, such as Paul Kellerman and C-Note. And then of course, the pregnant Sara Tancredi (who looks like Bianca Araneta, don't you think?). In addition to the exciting news about Sara's pregnancy, the revelation about the two brothers created more buzz to my ears. Why do you think Michael has green eyes while Lincoln has blue eyes? How about their IQs? Their different temperaments? These are just among the other things you should look forward to on the last and final episodes of Prison Break.

Advantages and Disadvantages
Undoubtedly, this TV show produced a different genre to the followers. However, there can be a lot of disadvantages while watching Prison Break. Apart from the moral lessons it brought to its audience, you'd surely be hooked on it and never want to take your eyes off Michael Scofield/Wentworth Miller. 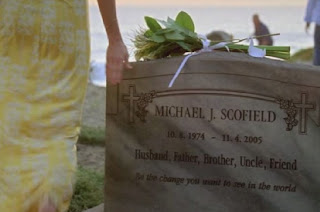