January 02, 2009
It's January 2, 2009 and after 365 days, it will be January 2, 2010. Time flies so fast. If only I had the power to stop it.
Well, I didn’t/don’t write New Year's Resolution (why wait for New Year, anyway). Instead, I have listed my wishes for this year--wishes that I have been desperately wishing for years. Some came true; others will have to remain wishes to be "wished for" again.
Since firecrackers are banned in Davao City, we took advantage of other creative ways to make some noise on New Year's Eve. Although, I've heard some firecrackers but as they say, "Sa masakpan lang (Catch me if you can)."
In the morning of January 1, we went to my brother's house to celebrate his 30 something birthday. 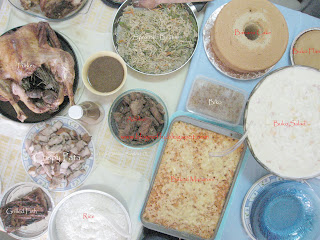 And there he was…
I was on the verge of tears when I saw him. I've never seen him for almost two years now. I just missed his voice, his stares, and his "hair." I took care of him when he was still young. But ever since my brother got married and transferred to their new house, my life abruptly changed.
Without him: no more scheduling for bathing, no more feeding time, no more screaming/shouting to shut him up, no more… 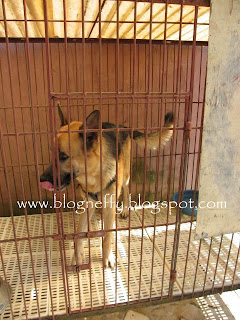