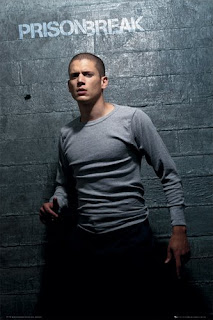 Prison Break, The Final Break is the last and final episode of Prison Break that lasted for 1 hour and 23 minutes. In this episode, it showed the events that happened right after they were exonerated, and not 4 years after.

Synopsis: Michael and Sara got married. During the wedding reception, Sara was arrested for killing Christina Hampton/Scofield. Because the case filed against her was strong enough that the defense lawyer had a hard time to bail her out. So what did Michael Scofield do to help his one true love? – Break her out of prison.

I thought Michael died of brain tumor. But the Final Break said otherwise. He died of electric shock while saving Sara from prison. It's a sad story but even if he and Sara would get out of prison alive, he still won't live any longer.

As for Wentworth Miller, he's been rumored to appear in a movie called Bioshock due in 2010. I'll just have to wait for that.

Other topics of interest:
Megan Fox and Her Clubbed Thumb
Prince Harry and His First Official Visit to the US of A
The Supermodel Without Belly Button
Movie Review: Angelina Jolie's Changeling
Illac Diaz: Vision, Compassion, Creativity
entertainment