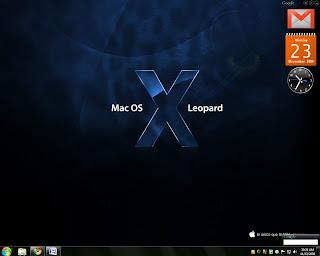 I bade farewell to Windows Vista last week and welcomed Windows 7. Because of the annoying blue screen of death, I decided to wipe out Vista from my system.

According to some of the actual users of Windows 7 here in the Philippines, my current operating system exhibits fewer blue screen compared with a machine running Windows Vista. Unfortunately, a few minutes after Windows 7 was completely installed, blue screen of death appeared… not just once but thrice.

Nevertheless, I like the graphical user interface of my new OS. It looks like… Vista but more colorful, I would say. I just do not like the gadget (sidebar for Vista). The “always on top” option of Windows 7 is different because I could not make it look like a taskbar. I just installed Google Desktop so that I can always see my analog clock.

They say that Windows 7 is more efficient than Vista in using hardware resources. By that it means the former is faster. But based on my experience, I think they are the same. J

In addition to that, many users think that Windows 7 is more stable than Windows Vista. In other words, there are fewer crashes on Windows 7. But I’m not sure about this because, as I mentioned earlier, BOD appeared after installation of 7.

Start menu is still the same as that of Vista, even though they say that 7 has improved.

The only difference (I think) is that of the taskbar because it shows you a thumbnail preview of a minimized program.

Another thing I like about 7 is that .avi files can be played through Windows Media Player.

I think I’m going to give Windows 7 a month before I can truly say that 7 is better than Vista.

I’m Breaking Up With Vista
502 Google Server Error
Why They Are Successful With Adsense And Why I Failed?—And Goodbye Michael Jackson
Ugent: iPhone 3G S Or Ericsson T68
Best Buy Gift Card For Father’s Day 2009